We’re # 1: The GOP Boasts About American Greatness While They Degrade It 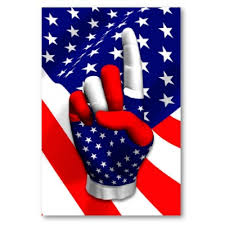 Republicans say that the U.S. government has become way too big and that Americans are grossly overtaxed. Is that true?

In the United States, the rate of taxation is lower, and the size of government in relation to the size of the economy is smaller, than in just about every other nation like ours—rich, free, capitalistic, democratic societies.

Our peers around the world have decided that the best balance between the things that can be bought by people separately in the market and the things we have to buy together through tax dollars means having a government as big as ours, or bigger. So if Republicans are right, and government and taxation are too big, then not only are Americans foolish — every other society like ours is foolish.

In the Declaration of Independence, our Founders called for “a decent respect for the opinions of mankind.” And dismissing as foolish the judgment of dozens of advanced societies like ours hardly seems in keeping with that “decent respect.”

The attempt to discredit government and reduce its size may serve some interests but not the people. For example, government is the only entity strong enough to serve as a check on the huge agglomerations of private power in our big corporations.

The issue shouldn’t be the size of government but how wisely and justly we use it.

When Republicans call for cuts in spending, they take the position that we need to cut back on social programs and, indeed, on virtually every aspect of non-defense discretionary spending. But they strongly oppose cuts to defense spending. Is this the way to make America the best that it can be?

Republicans have in recent years encouraged the habit of boasting about our country, “We’re number 1.” And when it comes to defense spending, we are indeed far and away number 1. The United States spends almost as much on defense as the rest of the nations of the world combined. And most of the other large defense budgets are in countries that are our allies, not our enemies.

Is military spending the part of the budget where more spending will do most to help this nation fulfill its potential?

We’re also number 1 of all the nations on earth in how many of our people are in prison, number 1 among the 20 major advanced nations in the rate of infant mortality; in income inequality; in the proportion of our people, especially our children, who live in poverty; in how much we spend per person on health care, while also having the most people who go without health care because of cost.

Shouldn’t these be the kinds of areas where we invest?

Among advanced nations, we have the highest homicide rate; the second-highest high school drop-out rate; the highest rate of obesity; and the lowest rate of social mobility (the ability of people to climb up to a higher economic level than that into which they were born).

In tests of students from around the world, in various subjects, America’s children come out far from the top.

Are you satisfied with this picture? I’m not.

What does it say about a political party if it protects that part of the budget where we’re already fat, and wants to trim areas where we are hurting and deficient?

What kind of patriot brags about his country’s greatness while advocating policies that undermine its true strength?

A reminder that I will be talking tomorrow evening — presenting a political strategy for Democrats in heavily Republican districts — at the University of Virginia, at 6 PM, in Room 108 of Clark Hall.