Swinging for the Fences: Brokenness Transmitted from Level to Level –I

Here is one of the most important concepts in this whole “Swinging” project:

And here’s one of the most important ideas about how that has worked in human history. It is a point that, in my view, provides a substantial part of the answer to the old theological question of theodicy, i.e. the question of why there is evil, where the evil comes from.

Whatever there may have been of brokenness in the world during the era when all human societies were hunting and gathering, a huge new source of brokenness erupted with the rise of civilization. That’s the thesis of “The Parable of the Tribes.”

For reasons explained there, brokenness arose and spread in these ways.

1) Living entities unregulated by any overarching order, biological or man-made, were inevitably cast into an anarchic condition where any one could impose on all the necessities of power.

2) The inevitable struggle for power, combined with the new vast potentialities for cultural innovation, generated a social evolutionary process in which only those societies that shaped themselves for power could survive and spread, while other cultural options –however humane or beautiful they were— that did not produce power would be eliminated.

3) Societies evolving to maximize power exploited the inherent flexibility of a creature capable of culture, and molded their members in the service of that power-maximization.

4) The result of that was a socialization process in which the demands of a society molded by the demands of power were in important ways in conflict with the inherent needs of the human creature.

5) The human creatures are set at war against themselves by the requirement that they internalize the morality of societies shaped by the demands of power, contrary though they may be to human nature.

(One place where this fifth point is developed is in chapter 5 of The Parable of the Tribes, “Power and the Psychological Evolution of Civilized Man.”)

And then back again, the wounds of the creature feeding the brokenness of the system. This will be the topic of the next installment. 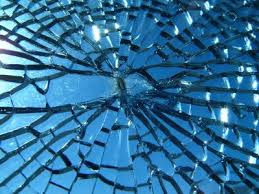