Inevitability versus Contingency in the Course of History

In his excellent book Forbidden Fruit: Counterfactuals and International Relations (Princeton: Princeton University Press, 2010), Richard Ned Lebow discusses the contingent aspect of history. That is, he explores the good reasons to believe that sometimes big aspects of the course of history might hinge on very minor things, that but for small accidental events history might have gone in a significantly different direction.

Lebow reports that those thinkers who most emphasize the large forces at work in governing history tend to be disinclined to acknowledge the big role played in history by the contingent. That is, they are disinclined to grant that tiny, essentially accidental events can have a huge impact on where history takes us.

I’m certainly one of those “big forces in history” people. Pretty much my whole life, I’ve been asking the question, “Why do things happen as they do in the human world?” And over the past forty-plus years, I’ve come up with a series of partial answers that identify big systemic forces and dynamics that shape the destiny of civilized societies. Some of my work asserts that the working of systemic forces imparts an important element of inevitability to how civilized societies develop.

My ideas about inevitability have been articulated primarily in two books.

In The Parable of the Tribes: The Problem of Power in Social Evolution, I try to show that it was inevitable that civilized societies would emerge in a fragmented system, with no overarching order, and hence characterized by anarchy that would make it inevitable that a selective process would the evolution of civilization toward the ways of power.

In The Illusion of Choice: How the Market Economy Shapes Our Destiny, I try to show that unless a society use collective means to correct for the inherent biases and blind spots of the atomistic market system, the economic system itself would drive that society to develop in inevitable directions not of people’s choosing.

But, even though I’m a“big forces” guy, I am as impressed as Lebow with the role of the accidental in history. Despite my perceiving some aspects of inevitability growing out of systemic forces, and despite my seeing important aspects of inevitability in social evolution, I also have been increasingly impressed with how, sometimes, major historical developments can hinge on small, fortuitous events that could very easily have happened otherwise.

I see no contradiction in the idea that both the inevitable and the accidental are important parts of the picture. It can be at the same time true that some forces, unless changes are made in the circumstances that give rise to them, will drive the course of societies in an overall direction that’s inevitable, and that within that overall flow of large-scale social evolution, historical accident can effect a major alteration in the course of events. 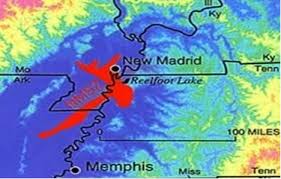 But such inevitabilities by no means determine what happens at the level of the specific, concrete historical events, and at that level the course along which things flow can depend often on very minor things.

Unlike with the analogy of the Mississippi River and its course, it seems that something a good deal less dramatic is required to have a big impact on the history’s course. We find in history some examples that are almost at the level of the “butterfly effect,” i.e. the idea that the beating of a butterflies wings in the tropical rain forest might have repercussions on global weather.

Lebow on the assassination that sparked a world war is one example.

In my 2006 essay, The Butterfly Effect: Reflections on Chance and the “It Might Have Beens” of History, for example, I gave another. That piece was about a real “butterfly effect”—i.e. the “butterfly ballot” used in Palm Beach County, Florida, in the 2000 election in the United States. A truly profound divergence of possible scenarios for the United States hinged on something so tiny as the unfortunate ambiguity in the design of that ballot. I believe it is safe to say that had the woman who designed that ballot not inadvertently created that ambiguity, there would have been a President Gore, and there would therefore not have been a president George W. Bush and all the damage that inflicted on the nation, not least of which was the war in Iraq that I’d say almost certainly would not have occurred.

In reading the biographies of leaders like Lincoln and Churchill over the past year or two, I’ve been impressed with 1) how important it seems to have been that it was they, and not one of the other possible leaders, who were in power at their crucial historical junctures, and 2) how many very minor changes in events could well have led to their not coming to power, and thus to history’s taking a rather different course.

And with Lincoln, it is also the circumstances of his leaving the presidency also call attention to contingency: had there been a bit better security for the president at Ford’s theater, it would have been Lincoln, rather than Andrew Johnson, presiding over the first post-Civil-War years, and Reconstruction, which might have resulted in a whole lot better binding up of the nation’s wounds and less reverberation through the decades of destructive consequences of that national trauma.

It is because of my being so impressed with how contingent history’s course is that I sought out Lebow’s book, with which I am not only impressed, but am in considerable agreement.

But in Lebow’s laying the groundwork for his discussion of counter-factuals, he makes another argument that –if I understand it—I must take issue with. It goes to the heart of my current “big forces” idea, the one that I’m developing in my “Swinging for the Fences” project.

The issue here is not about “inevitability” versus “contingency,” which is not really relevant to my current “Swinging for the Fences” idea. But it does pose a significant challenge to my current “big forces” idea.

In the next piece, I’ll explain why it seems that Professor Lebow might be dismissive of what I regard as a major insight into the realities of the human world. And I’ll challenge him in return.