The unexpected question that Ned Lebow raises in his book Forbidden Fruit, and to which I alluded in the previous entry on Inevitability versus Contingency in the Course of History, could be stated: “What is real?” More particularly, if I understand him, it is a question of whether, as one moves beyond hard, concrete “facts” further into the realm of “abstractions,” one departs from the really real into something a good deal less real.

In the course of exploring some of the philosophical issues raised by his “counter-factual” explorations, Lebow takes the position (if I understand him correctly) that when we talk about society and politics, we have departed from “reality itself” as soon as we get away from “first-order ‘facts.’” Our concepts are “ideational and subjective” and somewhat “arbitrary.” Our theories are reflections of “social construction,” and “can only be true by convention. They “tell us more about our view of the world than about the world itself.” “Social ‘facts’ are reflections of the concepts we use to describe social reality, not of reality itself.”

In a statement that seems clearly to reject the reality of our abstractions about the human world, Lebow declares: “There is no such thing as a balance of power, a social class, or a tolerant society.”

These assertions bear upon my “Swinging for the Fences” project because my thesis is that there are things discernible –but only barely, through glimpses and inferences—that are a good deal more abstracted from “first-order” concrete facts than “balance of power” or “social class,” but that I maintain are deeply and importantly real. Maybe even more importantly real than the concrete “first-order” facts.

(By the way, it is not only in the social realm that Lebow sees this issue: “Temperature,” he says, “is undeniably a social construction, but is a measure of something observable and real: changes in temperature measure changes in the energy levels of molecules.” I do wonder, incidentally, whether the notions of “energy levels” –or of “molecules,” for that matter—are any more factual than that of “temperature.”)

If I had a chance to ask Professor Lebow some questions, to see if he truly does believe that only the concrete is reality itself and that our abstractions concerning it are less real, here a few that I would ask to get at what’s important for my “Swinging for the Fences” project:

Walking along the street, one hears two people having a conversation. Is that what I imagine Professor Lebow would call a “first-order” concrete fact more real than “the English language”?

Getting still closer to the nature of my vision of an important dimension of how things work in the human world, I’d ask two other questions:

One of them is this: There are a great many human beings walking around on this planet. Are they more real than the human genome? (I’d say that in some ways, the genome is a more fundamental reality than any of us who are temporary embodiments of it.) 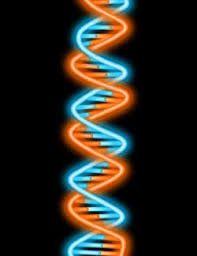 The other question: If we know an individual, and observe a wide assortment of his actions and statements, which show a degree of consistency in their nature and quality, can we speak of this person’s “character”? And is that character less real –or perhaps more real?—than the individual behaviors from which we inferred the underlying “character” of the man?

My “Swinging for the Fences” project is an attempt to infer something large, and for that reason “abstracted” from the concrete level of our perception, using concepts that are parallel in nature to the more abstract elements of those four questions, above.

As with the fireworks tradition, and the English language, I am focusing on the patterns that get transmitted through time in cultural systems.

As with the genome, in “Swinging for the Fences” I will be arguing that the pattern is more fundamentally real –meaning a more fundamental determinant of ongoing reality– than its temporary embodiments.

(I say that just as a hen has been described as an egg’s way of making another egg, so an individual human being can be regarded as the culture’s way of perpetuating the cultural pattern.)

As with the issue of an individual’s character –the “spirit” that’s expressed in the various particular behaviors of the person—I will be tracing an element of “spirit” that operates in cultural systems through the generations.

While Professor Lebow, if I understand him correctly, is asserting that as soon as we get away from “first-order ‘facts,’” we have departed from “reality itself,” I am declaring that a most fundamental dimension of human reality involves patterns whose mechanisms and character and effects can only be inferred from their imprint on many more specific events. They exist, therefore, at a level “abstracted” from that of our usual daily perception. (More abstracted, in some ways, tan any other explanatory concepts of systemic forces I’ve come across, or come up with myself, in a half century of investigation.)

That’s why I’m interested in confronting the challenge that Professor Lebow’s notions seem to pose to my “Swinging for the Fences” enterprise.