Lincoln and Obama: Parallels and Differences Between our Two Presidents from Illinois 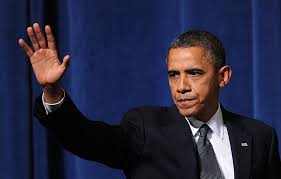 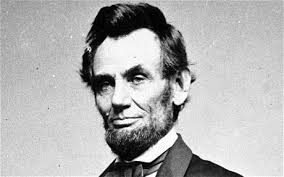 Lincoln was elected president of the United States, but suddenly found himself effectively president of only a part of it.

Lincoln had just recently become president when Fort Sumter was fired upon.

Obama had just recently become president when the other major political party “fired” upon him, planting rumors that he was not qualified to be president, trying to make him fail regardless of what he proposed.

The two presidents faced analogous challenges. But responded to them differently.

Lincoln had two points on which he was immovable: 1) that he would prevent slavery from spreading beyond where it already was (he refused during the months between the election and his inauguration to appease secessionists by yielding on that point); 2) that he would not allow the Union to be broken apart.

Obama has been embattled on every front, but with him, unlike with Lincoln, the battle was not at the level of pressing issues. In our times, the battle is at a deeper moral and spiritual level. Such was the nature of the opponents that refused to deal with him as the duly elected president of a nation that included them: from the fact that they fought against even their own ideas, one can see that issues were only pretexts, not really relevant to the war they were waging.

One might say that the chief battles pressed upon President Obama were over constructive vs. destructive, honest vs. dishonest, integrity vs. hypocrisy, responsibility vs. irresponsibility, compassion vs. cruelty, the greater good vs. selfish advantage.

Lincoln stood his ground, became a wartime president, and is ranked by historians our greatest president.

Obama sought to advance his issues, but did not return fire on the fundamental nature of the battle. Shrinking from the battle waged upon him, rather than pressing it as Lincoln did, Obama will not be ranked by historians at anywhere near the high level that Lincoln is. Indeed, for want of taking on the real battle, historians will regard Obama’s presidency — despite some real achievements — as basically a failure.

President Obama’s chief achievements, I would suggest, are two: getting health care reform passed and keeping the White House out of the hands of the Republicans for eight years. Protecting the nation from having another chief executive from the Republican Party that gave us the disaster of the GW Bush presidency, and that continues to be driven by a consistently destructive force, is no small thing.

But it appears likely that — despite the disgraceful conduct of his opposition from Day One of the Obama presidency — President Obama will spend six of his eight years in office disabled by his enemies from accomplishing pretty much anything through the legislative process. And despite the value of executive orders, for a president to have to retreat from the legislative arena onto his own executive turf is not a sign of presidential success.