The Right-Wing Trolls Have a Strategy. What’s Ours? 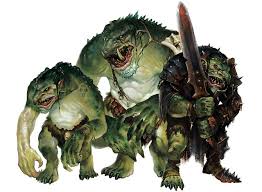 The first conclusion I drew was that there must be something amiss in their way of thinking, at least about political matters, that made them ineducable. Their arguments so often had no substance, but seemingly relied on slogans and bald assertions creating reality by magic. Paul Krugman talks about “zombie ideas” – ideas that have been killed, but somehow keep on coming – and that fits the way the right-wing trolls keep pushing their repertoire of arguments, no matter the logic or the evidence.

But I’ve learned that there’s more to it than just bad thinking.

Many of us in Liberal America learned to regard ideas as a way to capture the truth. But ideas in the world of the right-wing troll don’t seem to be about truth. Instead, they are tools to use in political combat. Any crazy statements will do, if they help gain advantage over the enemy, the “librels.”

These trolls do not argue in good faith because, in their code, good faith in dealing with the enemy is not required.

Why do right-wingers come to a liberal site? It’s not an attempt to persuade, much less to learn. These men – almost all of them are men – only pretend to be involved in a discussion. They’re really on a guerrilla mission behind enemy lines to disrupt communications.

It’s not about ideas. It’s about fighting to win.

There’s testimony about concerted efforts to attack and disrupt. One can find discussions among right-wing trolls, sharing strategies for frustrating liberal commenters and techniques to circumvent the efforts of liberal blogs to ban them for their deliberate disruption and annoyance. Some of the trolling forces of the right are neither free-lance nor volunteer: reports tell of “help wanted postings” for paid commenters — soliciting a kind of mercenary army to advance the political force that’s taken over the right.

The experience that alerted me to the idea of a deliberate organized assault on a liberal forum involved the publication on Huffington Post of my piece, The Spirit That Drove Us to Civil War Is Back. There, a comment that so blatantly misread my article that it should have been an embarrassment to any self-respecting right-winger garnered over 500 “Likes,” and thereby came to dominate the whole 700-plus thread of comments.

My sense of these men has changed. I now see them less as ignorant people making foolish comments and more as smart people deploying crude but inflammatory comments as part of a strategy for winning a political war.

What does that suggest for us, against whom they are waging this war?

First, we must keep in the forefront of our minds that there is a battle ongoing to determine what set of values and forces will prevail and steer our nation into the future. And the stakes in this battle could not be higher.

Second, we should think as strategically about our discussions as they do. Are we trying to accomplish anything with our discussions–anything that will have an impact on the outcome of that battle?

If one side spends its energies in the quest for victory, and the other is not even thinking in terms of a battle, one can guess which side is likely to win.

Third, our discussions should reflect how urgently Liberal America needs to organize around good ideas and strategies for winning that battle.

Which brings us back to the trolls on their mission to disrupt communication, because such work of clarification and organization can’t readily happen if the exchanges on liberal websites get side-tracked by the impulse to respond to the provocative nonsense that right-wingers catapult into the discussion.

So if engaging with the right-wing trolls serves their ends, not ours, we should not engage with them. If these trolls cannot be banned, they should be ignored.

All this is particularly pertinent to the “Press the Battle” series I’ve been presenting here. The premise of that series is that a serious blow in the political battle could be delivered if Liberal America roused itself to bring certain ideas – central to understanding the crisis now confronting our nation — into the national conversation. It’s an effort that can only succeed if people work together to make it succeed.

Engaging with right-wing trolls is a distraction and counter-productive. The question should be kept in mind: what kind of discussion will advance us toward our goals?